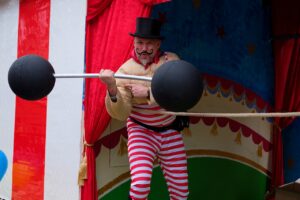 This note will talk about Why I feel stupid and the 5 spectacular lessons the experiment taught me by becoming the most stupid Person at every occasion.

I met a rather, very interesting person on Facebook recently. We spent ample time chatting and calling each other on phone and as wise people we pretended to like each other. Sad to say, our friendship lasted only a month, we are not in talking terms anymore, maybe she found out that I wasn’t wise enough to be her friend.

Everyone want people to believe they are wise. I decided to do the opposite as I unlearn the art of being wise and now I feel stupid every time. I can say I am gradually earning the title as the most stupid person in my scene.

Right now I am trying to quit the habits of showcasing that I have wisdom when I don’t. Today, my new past time is to do away with all the things I thought I knew that is making me act under the illusion of being wise. I must say it is a herculean task to learn to be the most foolish person around at any given time and place.

The other day I visited one of the largest shopping mall in the city of Port Harcourt South South Nigeria and I saw a lot of wise, happy and rich shoppers pushing carts full of groceries and expensive goods. I stood transfixed and I feel stupid watching them. Some speaking through their noses like Europeans while others walking with the gait of the wisest and knowledgable people.

Others drove the latest state of the art automobiles. Tired of watching and observing all these wise people taking selfies, I entered the cosy and serene mall bustling with happy shoppers. I seemed to be the only person not happy as I feel stupid amongst them as though I am carrying the burden of the world on my head. I guess foolish people don’t need to wear an expression of happiness on the sleeves of their shirt, or at least so I thought, I may be wrong though. Inside the mall happy shoppers were riding the escalator to the first floor, not sure of myself I approached a guide and asked to be taught how to ride on it. He told me it was easy provided I don’t step on the yellow line. summoning courage I stepped on the escalator with other happy and wise people.

Read: 13 Principles You must Apply to Achieve your Goals

Moving around the Mall window shopping for a while, I suddenly got tired and decided to exit the Mall taking the staircase down, not wanting to try my luck a second time by riding the escalator. Outside, I decided to take a walk to have time to reminiscence on the experience in the Mall.

Read: Better Days Ahead: 4 Steps to Enjoy a Better Future

After walking for a while I flagged down a taxi. Inside the taxi the driver was spitting venom as he and the other passengers were reigning abuses on the Government for sending the Army to kill, according to them harmless and innocent people of a particular region. Being a stupid person and since foolish people don’t have any meaningful contribution to make where wise people are talking. I closed my eyes and revel in my new-found state of stupidity.

Read: How to Bear the Burden of Life’s Challenges

Another time, I went to a bank to carry out a transaction for a Company I worked for. Inside, a wise and rich man who was transacting with a huge wads of Pound Sterling, was talking the loudest in the banking hall. To my utmost surprise he didn’t care if he was disturbing the peace of the bank. He was wise, cocky and a braggart. And it seems he wanted everyone who cares to know, to believe he was wise and rich. I finished my business and left quietly.

On the adjoining road nearby, two wise Policemen were trying to fleece a gentleman out of his money for breaking an allege traffic law.

Where are all these leading to? I dare say I don’t know.

I thought since everyone except me are wise, rich and happy, there’s suppose to be peace in the world. Wise people are supposed to love their neighbours. Why then are there wars, strives and hatred everywhere?

Get My Book ” You Can Be Extraordinary, But Will You”. Available on Amazon

May be there’s something about foolishness which people need to learn and which I have to learn since becoming the most foolish person in my scene. And since i feel stupid almost all my waking hours, my keen mind started seeing many different patterns and lessons.

These are 5 lessons I learned thus far as a stupid person.

Since i feel stupid all the time a new world of information opened up for me which I would have missed if I had kept pretending to be a wise man, although all my wise friends abandoned me for my new found ignorance. Below are my observation of the world from the eyes of a fool.

Stupid People Put Others First and are Unselfish

If the world is full of wise and rich people and yet there are so much hatred and terrorism everywhere, people have a thing or two to teach us. Foolish people help one another and make the world a better place for us all. At least, only the wise have the right formulas to make improvise explosive devices IEDs used by terrorist. Foolish people know the value of wealth and uses it to help humanity. Every year Bill and Melinda Gates, two individuals who do not have the characteristics of all the wise people mentioned above, spent billions of dollars in different causes around the world.

Stupid People have Humility and are Humble

Most people like to brandish their wealth and talk too much showing what little knowledge they have. A case of empty vessels make the greatest noise. I learned by becoming the most stupid person in my scene that you have many advantages over most wise people as you learn to see and listen to small details around you. While everyone are busy trying to be heard.

Mark Zuckerberg, billionaire and owner of Social networking site Facebook is probably a stupid person. He’s humble and put on just a T-shirt and Jeans all year round, and ride a bicycle to and from work. Yet, millions of wise people on Facebook spend an ample amount of time on Facebook posting selfies and trying to out do each other by posting their fake lives on Facebook. You see why I must be the most stupid person to be like Zuckerberg?

Being Stupid Taught me to Forgive and Love

The world is what it is today because majority of people even though they are more religious and wiser refuse to learn the virtue of forgiveness and love. Wise North Korea developing nuclear war head can’t seem to forgive and love the Americans and their neighbours the South Koreans, for whatever reason I can’t fathom. Former President Donald Trump, a wise man couldn’t forgive and love peaceful and hardworking immigrants who have contributed to make the United States the greatest country in decades.

Read Also: If you want to change the world

All the wars happening now are happening because the parties who are wise in their ways simply refuse to see and learn the wisdom in forgiveness and love.

Being Stupid Taught me Contentment

Conned men, Politicians and even Clergymen are all-wise people, that’s why corruption is the order of the day. Greed is the root causes of corruption. Corruption is the cause of suffering today. Unfortunately, it takes a foolish man to be contented. That’s why any person who has ever held an elective position and return poorer after his / her tenure is regarded as a foolish person by his / her kinsmen. And people want others to see them as wise men, so they must do everything by hook or crook to become rich.

Warren Buffet, even though he is one of richest person in the world, he still drives the same old car he bought in 1957 and live in the same modest house he bought when he was working his way up in Omaha.

Being Foolish Taught me not To Take Short cut

Stupid people know that in other to compete in the world of wise people you have to work your arse off to get to the top of the ladder of success. Success is sweeter when it is earned and it comes with profound peace, and since a guilty conscience fear no accusation, it behoves on the holder a sound night sleep.

Get my Book ” You Can Be Extraordinary, But Will You” Available on Amazon

You see why I must remain stupid to live a happy life?

I like to hear your views on this topic in the comments section below.