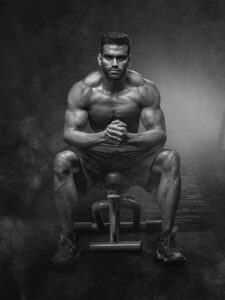 Now I am not sure I know what I would do if I can not fail at it. Let’s stop a minute to imagine I had the powers of a Superman how would I use it and what would I create? I have watched a few series of the Superman movies, I think he’s such a nice guy and a powerful one at that, who one time saved a full City from cataclysm and collapse. Another time he saved someone who was falling down from a height, his speed was terrific and he’s a very efficient guy, one who is very good at what he does.

The president of the United States has enormous powers at his disposal. As president I will use my powers to bring peace to many part of the world and allow the people to determine how they want to be govern without forcing democracy down their throats.

Get My Amazing Book: You Can Be Extraordinary But Will You? Available on Amazon

Because what will work for one person may not work for the next.

I will Unite North Korea and their South Korea brothers and ensures there’s peace in the region.

Read: If you want to change the world

If I knew I could not fail I will urge the most powerful Nations including the United States to destroy their nuclear warheads because there would be no use for them as there will be peace in the world.

I will encourage countries to save the Earth by building renewable energy to power homes, factories and cars, to stop global warming and the greenhouse effect.

This is because many places in the world are experiencing flooding due to the rise in the sea level as a result of melting ice. These new systems will reverse the process of global warming and makes the process friendlier to the environment and help to eliminate fossil fuel.

Those countries who are dependent on fossil fuel for their survival would be assisted until they can find a new means of livelihood.

Nobody should die for of lack of money to pay for Healthcare. I’ll make sure all health workers including doctors, pharmacist, and nurses have access to top Notch training as all hospitals will be equipped with the best facilities you can find anywhere on Earth. I will allocate billions of dollars for research to discover a cure for ailments like cancer, HIV, and sickle cell diseases.

I will abolish tuition and make all universities and colleges free. This will make indigent students able to afford tertiary education if they want to.

With free education most people in the world will be empowered to make life better for themselves and their families.

Read: How to Bear the Burden of Life’s Challenges

I will upgrade the universities with the best facilities to enhance learning. This upgrade will include training and research facilities for university teachers as well as enhance pay for academic and non-academic staff.

There will be no need for migration to the United States or Europe because most countries in the world would have facilities you can find elsewhere.

The difference in the Healthcare system in say South Africa and United Kingdom or Nigeria and Russia will be insignificant.

Similarly, the educational system in Kenya would be top notch like what is obtainable in Germany.

In a global village one can live in Zambia and work for a tech company in the United States and vice versa.

Therefore, movement of people across countries would be for only tourism and not for education, healthcare or work.

I will design a capsule or lifebuoy to replace the normal seats in airplanes. In time of emergencies once a pilot establishes there’s going to be a crash, the pilot simply activates the capsule/lifebuoy mode. Passengers only need to release a lever which would change the seats into a pressurized capsule with the passenger sitting or lying down comfortably. The capsule is then ejected out of the plane before it goes down.

Read: Finally Inner Peace is Possible in your Heart

The capsule should have the ability to float in the air for 10 hours or more before an emergency plane picks them up.

And if the aeroplane crashes into the sea the capsule is ejected out and will have the ability to float forever in the sea.

The capsule/lifebuoy will have drinks, canned food and virtual reality device (VR). The drink and canned food ensures hunger does not kill crashed victims before they are rescued. The VR device will enable victims to contact emergency workers in a virtual room as well as visit places like Disney or any place of their choice why they wait for rescue.

In recent times forest fires has wreak havoc in many places- Australia, the United States, and recently Turkey. I will build a device that puts out fire no matter the fire in minutes. This substance will cut off oxygen completely from the burning surface, thereby extinguishing the fire in seconds. It will be more efficient and effective than the existing methods. The device will come with a high sensitive fire sensor which will open the gaseous chemical lid immediately on sensing a fire and acts to cut off oxygen and any gas that supports burning.

Think of a chemical weapon that can kill you in seconds, that is what this device does to fire.

The above 7 things in my list is what I will do if I knew I could not fail.

I hope to update the list from time to time.