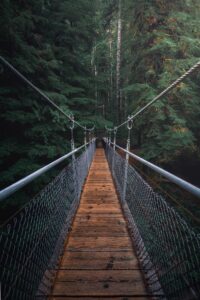 I admit this title find a better way does not belong to me. Infact, I stole it from Jeff Huber which is the title of his 2006 commencement speech  at the University of Illinois.

Jeff was a member of several teams at Google that built the Google Ads, Apps, Maps, and Google (x). He left Ebay took a pay cut and a lesser position to work for Google.

After losing his beautiful wife to Cancer, Jeff left Google to find a better way to tackle Cancer and to stop the malignant disease from taking more lives.

He founded Grail- a company that can detect Cancer at an earlier stage when it can be cured and before it becomes too late to be treated.

Cancer starts when one cell out of the 37 trillion or so cells in the body divides and does so wrongly. Those mutated cells shed DNA and RNA into the blood stream as they multiply.

If the early signal is detected, it can be treated much earlier before it does more damage to the human body. At Google(x).  Jeff begun studying the intersection of Life science and Computer science, by focusing on how digitizing biology, big data and machine learning could accelerate our understanding of complex biology. This studies and his commitment to find a better way led him to founding the company ‘Grail’.

Life is Always trying to help you find a better way

Mick Ebeling is an American film and TV producer by trade and an optimist by nature. He read about a Sudanese boy whose arms were blown off due to a bombing that took place in the Sudanese village and he was moved out of compassion to help.

Also Read: You are God’s Masterpiece

Because of his commitment to find a better way to make the world a better place, Mick travelled albeit  illegally (at the time United States forbid its citizens from traveling to Sudan) to the Nuba mountains to find Daniel. the young Sudanese boy and produce a prosthetic arm for him which will allow him live a normal life.

Mick didn’t stop there as taught the locals about the process as well before he left the Nuba mountains. This led to many other successes as he kept pushing the frontiers. After his feat with Daaniel, he heard about the plight of Tony Tempt Quan, a legendary Los Angeles Grafitti artist, social artivist and publisher who was diagnose with ALS in 2003.

Mick organized a crew of hackers and artist who invented a low cost, open sourced do it yourself (DIY) device that would allowed Tempt creates art with his eyes. Through trial and error, the Eyewriter was born and Tempt was able to began using his creativity again.

Another individual who finds a better way was Travis Kalanick an everyday guy who is changing the way people move in cities and towns in over 260 destinations world wide.

Related: How are you feeling today

He and his friend Gary Camp, co-founded the ride sharing service Uber. They found a better way to help people move around easily and quickly to different places.

He got the idea of Uber when he became disastisfy with existing taxi service and the attitude of the rude cab drivers.  Today, Uber has made life easier for many and most of its drivers are earning 6 figures

Always do your best

I met Dr. Benjamin ( not his real name) last March when I walked into a Lutheran Missionary Hospital, in rural Cross State, South South Nigeria to have a tumor at the back of my head removed. With an ill equipped operating theater and lacking major surgical equipments, Dr Ben did his best to according to his words harvest and excised my tumor.

With only a few years out of the University of Calabar medical school, it is his culture to find a better way to save the lives of his patients and make them happy.

On a normal day, he would work more than the allotted time and always go the extra miles to make the patients happy.

And he had loads of patients waiting to see him because of his competence and the attitude of always giving his best.

Some years ago, I had a teacher in high school who was loved by everyone including teachers and staff alike.

He was committed and always made sure the student with the least ability in class grabs the subject matter completely people proceeding to the next stage.

Mr. Samson was blessed with the gift of patience and the ability to forge a cordial relationship with parent of his students. These virtues endeared him to many. So much that he won many awards and accolades from the Government, NGOs, and his church.

Because he always did his best, his life was filled with love, goodwill and laughter. Many of his students today are in the top echelon of every works of life.

What do these people that I told their stories above have in common- they have commitment, competence, love for humanity and always did their best.

That’s why they always find a better way to make life better for others as well as make their dream becomes reality.

Commitment to Find a better way Will take you to the Top.

However, the same cannot be said for majority of people who always find a way to take short cuts.

Michael Jordan, one of the best basket ball player of all time was someone committed to finding a better way in his career. He had no room for taking short cuts. That’s why history will never forget him as someone who has left his finger prints in the sands of time.

In an interview he has this to say “the game of basket ball has been everything to me. My place of refuge, a place I have always gone to when I needed comfort and peace, its been the site of intense pain and intense feelings of joy and satisfaction. Its a relationship that has evolved over time given me the greater respect and love for the game”.

Even though he knew he has a special aptitude for the game, he subjected himself to the rudiment of the game.

Related: Why I feel stupid: 5 Lessons Learned from my being Stupid

Again he said ” when I was young, I had to learn the fundamentals. Most people get side tracked and derailed from their purpose and lose focus when they don’t see results from their effort. When this happens they stopped giving their best and try to play the system. Be true to the game because the game will be true to you. If you try to short cut the game, then the games will short cut you. If you put forth the effort, good things will be bestowed upon you. That’s truly about the game and in someways about life too”

What are you going to do? Are you going to put in the time, wake up, eat eba (local staple food in Nigeria), drink beer and have sex. And then wait on the big bang (the end of the world).

Are you not going to find a better way to make life easier and better for humanity, thereby living your finger print in the sands of time?

I walked into the cosy delta mall to rest from the scotching sun outside and to have a feel of the central air conditioner.

Inside, there were many happy shoppers. some entering the shoprite superstore while others were at the different fast food restaurants that dotted the mall. Not having money I was careful not to feel jealous for these happy shoppers.

I found a secluded place in one of the restaurants and sat down. Opposite me two love birds were whispering sweet nothings to each other.

Get My Book” You Can Be Extraordinary, But Will You” Available on Amazon

Bringing back my attention to myself I drifted into my own place of refuge and intense joy- my imagination. The result is the post you are reading now.