Fear of failure quotes to Overcome Failure in your life. 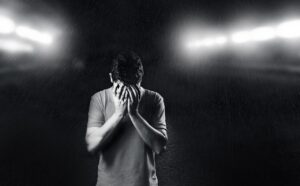 The fear of failure quotes will help to awaken the sleeping giant in you, which has remained atrophy and becomes stale. Because we fear to go out and confront the fears which has hindered us from soaring high like eagles.

To get the most out of the Fear of Failure quotes which are highlighted here, take them to heart, contemplate and meditate on these words everyday until you rise above the fear of failure.

Dare to venture out to take on the toughest task holding you back.

Let the fear of failure quotes serve as a reminder to you that most great men who have walked the face of the earth had also grappled with this fear before they rose above it and achieved their dreams.

Come back to these fear of failure quotes any time the vicissitudes of life become too hard for you to bare.

Get My Amazing Book: You Can Be Extraordinary, But Will You? Available on Amazon

Below are the Fear of Failure Quotes

Related: 60 Powerful Depend on yourself Quotes

That’s all I am asking of you,

Just give me the strength to do everyday

what I have to do

And tomorrow may never be mine

Lord, help me today, show me the way one

day at a time” – Marijohn Wilkin

Related: SZA Quotes: To 40 Quotes to help you Reach Success

Related: 80 Fly High Quotes to help you Reach your Goals

Related: 100 Fix Yourself Quotes to change your life

I hope the Fear of Failure Quotes has woken up by all means the sleeping giant in you and you have roll up the sleeves of your shirts and hit the road running. I wish you success in this new found zeal.

I like to hear your thoughts and opinions about these fear of failure quotes in the comments below.