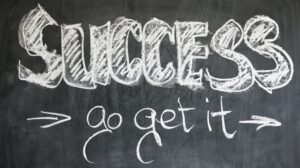 In this note I am going to look at 8 Secrets of success. These secrets which are not really secrets in the real sense of it can help anyone find success in any endeavor.

Get my amazing book – YOU CAN BE EXTRAORDINARY, BUT WILL YOU?

The average person already know these 8 Secrets of success, but they lack the will to practice and implement them in their lives on a day to day basis. Those who do are recording significant achievements in their lives.

Since the human mind tends to forget, this note hopes to serve as a reminder to us to always apply the principles behind these 8 secrets of success.

It is noteworthy and pertinent to state that real happiness and achievements are found in the journey you travel to success and not the destination. The process would make you who you are and bring out the best in you.

This way you are able to manage success when you arrive at the final destination.

The 8 Secrets to Success

HAVE A SENSE OF WHERE TO START FROM.

Where do I start, is the question uppermost in the mind of most people especially young college graduates and those bouncing back from failure.
I once asked myself this question – where do I start now, when I shuttered a business that failed to gain traction some years ago. However, it’s important to start exactly where you are.

With a pen and paper start brainstorming on the next step in your journey. The good thing is that the question where do I start forces you to think a new direction for your life.
Once you find this direction, don’t faltered, or delay.

Start immediately to implement your ideas and plans as you begin a new phase in your development.

If you want to be successful, you must aim high and set goals that would challenge you. If your goals does not challenge you and give you sleepless nights, you may want to change them. Because it’s not worthy to go after. What is the essence of living if your creativity and mettle would not be challenged?

The benefit of aiming high is that if you go after the goal with the grit of a bulldog, even if you do not reach your target, you could still end up higher than majority of the masses.
The adage “shoot for the moon. Even if you miss, you’ll land among the stars.”  demonstrates this.

When you aim high you force yourself to rise above mediocrity that bedeviled the average man. Therefore, your creative powers is put into full use requiring you to fire at all cynlinders.

This is what peak performance looks like. A peak performer operates at the highest level of his capabilities. But this also requires practice and attention to details to meet and surpass your greatest desires.

Cristiano Ronaldo illustrates someone who always set high goals for himself. Seasons after seasons he continues to break and set new records. He always demand the best efforts of himself and try to be better than his former self.
Because he always aim high even his worst season is better than the best season for most players.

He’s 36 an age where some players would be happy to hang their boot. You may not like Ronaldo, but you would agree with me that his life is an example of what peak performance looks like.

Bad habits can hinder you at many fronts from reaching your goals. Super lazy, indiscipline, and morally bankrupt people can hardly aim high and manage success.

Instead they look for easy ways to shortcut the system. Most people who take shortcuts to reach the Pinnacle of their career either end up in jail or are disgraced out of office.

A person with a bad habit cannot see the value in working hard. However, justice, fairness, and fair play are values needed to get to the top and enjoy lasting success.

Former American president Donald Trump while in office achieved some good results. But many loathe him because of his pride, cussing and not accepting other people’s point of view.

The habit of always being right and having superior knowledge. Even though he had some good performance he was still voted out of office. This is an example of why you need to flush out bad habits. 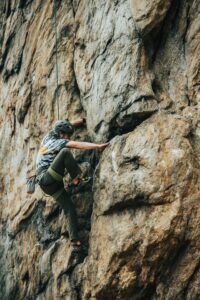 Those who are RISK averse can not set big goals and reach them. Most goals requires you to exhibit fearlessness, courage, and action before you can unravel the pot of gold at the other side of the rainbow.

The anxiety, suspense and frills of taking risk is what makes the road to success a joyous one. Taking calculated risk is how records are broken and trophies won.

There are some level of risk involved in everything we do in life. When you leave your house to work you are taking the risk of involving in an accident. Each time you eat a nice meal, there’s the risk of food poison.

A farmer faced the risk of snake bites, but does that stop him from going to his farm? Not at all. We go to work everyday, eat our favorite meals, drive miles to visit a favorite person or persons such as family members and friends.

The risk involved in all these couldn’t stop us from carrying out our daily tasks.
Risk is a part of living. The difference is in the degree of risk you are ready to take on and accept. The bigger the risk you take the bigger the payoff. 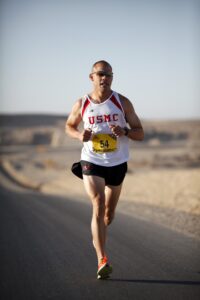 The next point in the 8 secrets of success is persistence. This means staying with a course for as long as you would, until you succeed at it.

Most times we give up too easily at the first sign of disappointment and failure. Meanwhile, the obstacles was sent to test your resolved and commitments.

If you keep quitting at every drop of an hat, you would soon become Herman Osgood. But who’s he? I doubted you have ever heard of him. Why? Because he quitted.

Success comes to those who give their all to a task and stick with it to the end.

We’ve heard of stories of people who quits when they are just inches away from success.
Perhaps this could be the reason why former Miss America Deshauna Barber persisted and stay on course until she won the Miss America pageant.

Deshauna Barber is a black American serving in the US Army as a captain.
Her story is one of perseverance and self believe, who has had to endure many harrowing experiences in her life including rape and bullying at high school.

She was encouraged to partake in a beauty pageant by a pageant recruiter who believed she could be the next Miss USA.

But this did not happen until she had failed 6 times.

Barber competed in her first pageant and lost.

She went back in the second year and lost again.

She went back the third, fourth, fifth and sixth time and lost.

By this time, Barber’s motivation for success in the pageant was non-existent, so much so she called on the pageant recruiter and said to her

“You told me i would be Miss USA”

Her coach pushed her some more and told her to keep working.

By this time, most people would have already quit.

Especially after her Coach who kept urging her to keep going succumbed to leukaemia and died in June 2015.

Six months after that, in June 2016, she became the first soldier to win Miss USA and only the second black woman in the history of the Miss USA pageant.

If you dare to hang on to your fondest dream and goals, like Deshauna Barber you can make the dream becomes reality

DON’T COMPARE YOUR BEGINNING TO SOMEONE ELSE’S MIDDLE

We often make the mistake of looking at other people and comparing our achievements and position to theirs. Forgetting that each of us are different and are on a different program and mission.

By doing your best, and aiming high, while taking calculated risk and showing an unparallel level of persistence, the odds will be to your favor.

You can go to sleep knowing that you have done your best for the day.

Comparing yourself with A or B is a disservice to yourself and shows you are ungrateful and does not believe in yourself.

Take for instance someone who at 23 had graduated and had a good job with an International Oil Company (IOC). Worked for 8 years and died from Liver Cirosis at 32.

Another individual, I will like to call Mark, graduated from the University of Benin, Nigeria. He couldn’t secure a job for over two decades and half. And so he does several menial and degrading jobs to survive. From photography, cab driving, private tutoring, masonry. Name it. He did them all.

However, 23 years later he got a job and retired into private business in just 8 years. Today he’s a millionaire.

Another young man who 3 years after graduation finally got a job in an offshore oil rig. The first time he resumed work was the last anyone ever saw of him till date.
There are different theories about his disappearance. The company believed he fell into the ocean.

These 3 stories I told show that in the race of life we all came to fulfill our different mission and when we are done we quit the stage.

This’s what I mean by don’t compare your beginning to someone else’s middle.

LEARN HOW TO MAKE GOOD DECISIONS

Ask any successful person they will tell you that this is something they struggled with.

The experiences garnered over time helped them develop the discretion to know when and how to make good decisions.

This is the 8th of the 8 secrets of success.
This is simply identifying, the place, habits, and thought forms that you have allowed to keep you stuck in one position for a long time. After identifying this pattern you have to do something to move away to a new place, develop new habits and change your thinking.

Newton 1st law of motion, states that every object will remain in it’s state of rest or uniform motion unless acted upon by a force.
To achieve success you have
to beat this inertia by applying a force to move yourself into a new place.

This force could be a new idea, developing a new goal or vision, discovering a new direction, and getting a fresh motivation.

In making all these move, don’t let the fear of the unknown stop you. Your WILL and resolve must be greater than the fear of failure so as to overcome this inertia.

Once this is achieved you would need to keep improving and reinventing yourself everyday.

In life you never get to the point where you say now I am done. You have to keep working harder and smarter to maintain and manage the success won.

This is because you need new strategies, methods and principles to handle new challenges that life would present each time. By way of new discoveries, advancement in technology, and climate change and natural disasters.

I hope you find this 8 secrets to success helpful to your life’s plan. Put them into practice and if you would, let’s meet at the top.

I like to hear your opinions and views on this note in the comments below.

Please also help share this post on social media if you enjoy it. It took me a minimum of 16 hours to get this note up. You only need 10 secs to share this. Thanks