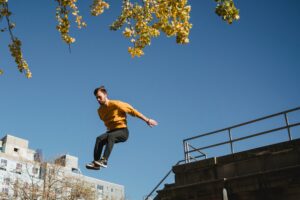 I believe you should dare to be different if you want the best out of life.

Jon Jandai is a Thai who dared to be different and is accomplishing many of his life’s goals by veering off the beaten path and carving a niche for himself. Growing up in his village in Chiang Mai, Thailand, it was the norm for every young man to leave the village and move to Bangkok in search of greener pastures. Jon was not left out in the search for a better life. However, after 7 years of toiling in the supposedly land of milk and honey, working 8 hours everyday, 6 days in a week and living with 10 others in a small cramped space in a dingy room, at times eating one meal a day, he decided to do something outside the normal. He observed that his life was stucked in the grind with nothing to show for the hustle. Jon who is a much sought-after speaker said in his village they worked only 2 months in a year 2 hours a day producing tons of rice to sell and to feed their families and spend the extra time in gossip and sleeping. Life was fun and easier compared to the hard life in Bangkok. He dropped out of the University, packed his bags and returned to his village where he started farming, working 2 months a year and 2 hours everyday, while doing other great things in his spare time. He founded the Pun Pun Center for self-reliance, sustainable living and seed production, aiming to bring indigenous and rare seeds back into use. Outside Pun Pun, Jon is a leader in bringing the natural building movement in Thailand. He continuously strive to find easier ways for people to achieve self mastery and fulfill their basic needs. When not working in his farm or teaching in his center for self reliance and sustainable living, he is appearing on TV programs and dozens of publication as spoke person for the natural building movement.
Because he dare to be different, Jon is living the awesome life fulfilling his calling.
Do you have the courage to be different and to live life in your own terms? I guess many people don’t. People always want to belong and to follow the crowd because it gives them a sense of security to follow the herd instinct.

IT’S ALL ABOUT HAVING THE RIGHT PERSPECTIVE

I was recently hit by the malaria parasite and flu which kept me in bed for a better part of two weeks. During this time all I wanted was for my health to be restored so that I can get back with my life. However, when I became well enough, I decided to take a walk one evening to have a breath of fresh air outside the immediate atmosphere of my room. I had hadly gotten far when the weather suddenly changed and rain came pouring down with heavy windstorm. Remember, I am yet to fully recover from malaria which usually comes with cold. But since I could not retreat back to the house I had to take shelter in an abandon kiosk nearby. And although the kiosk was delapidated with licking roof which means it was like I standing in the rain. While standing there, I shifted my attention to gratitude instead of regret. This change of attitude helped me to notice a harmonious rythmic music as the rain was peltering the roof of the ramshackle kiosk.

This experience dawn on me as I remembered the number of times I had missed golden opportunities to enjoy the harmony and calm in a seemingly disadvantage situation, such as I was in in that kiosk. This experience however thought me that people who dare to be different have different perspectives from the rest of the crowd and deploy this perspective to make their lives easier.

HOW TO BE DIFFERENT

Read Also: What to do when someone pushes you away

DARE TO BE DIFFERENT – SEE YOUR LIFE AS A PERSONAL PROJECT

I believe everyone is unique and born into this world to fulfill a certain purpose. Now to find this purpose is a herculean task for many, as we go through life searching for that elusive something. Whether you find it or not, requires you to be deliberate about your life. You must know that you have your own path to travel and not spend time comparing your life with that of another. If you see your life as a project you must set an agenda, plan and work to make the project successful and achieve your goals in this life. Sometimes, this may take you off the beaten path, other times you may need to reinvent the wheel, or simply follow the laid down procedure in a way that is perculiar and unique to you. In my life I have tried to find the right fit for my life project and not look at the project of others and get carried away. You must be focus on where you want your life to go and show up every day and putting in the work, making sure you are a better powerful person today than you were yesterday. Whatever you do in life do it as though that is the reason you were born into this life. It must have your seal indelibly written all over it because your life is a masterpiece.

DARE TO BE DIFFERENT– REDEFINE THE MEANING OF WORK

When Tim Ferris came out with his best selling book ” The four hours work week” it caused a reaction in many people who are stucked in the industrial age doctrine of going to school, get a good grade and get a job with security and retire at age 65. Unbeknownst to them this doctrine is obsolete and that’s why they could not relate with the book, the four hours work week. The times have changed and to advance in life you must be an early adaptor of technology, new business ideas as well as trends making inroad and progress possible in the world. The information age brought big changes and remove the limitations on how people can earn a living. Today people make millions of dollars working from home and anywhere in the world using digital channels such as blogs, YouTube, Tiktok, Blockchain, (Cryptocurrencies), and other gigs in the words of Tim Ferris.
It’s okay though if you still prefer the 9-5. But no matter what you do make time out to start a side hustle. The world’s economy is ever undergoing recession, and you cannot rely on your job to meet inflation, downsizing, and the likes, that’s a constant in today’s economy.

The average millionaire they say has 7 streams of income. Therefore, to hedge yourself against the economy you have to generate income that’s above your expenditures. People who dare to be different know that they have to change their Ideas from the concrete hard ways of the industrial age to the intangible, and empheral but fast ways of the gig economy.

CHALLENGE YOURSELF TO STEP OUT FROM THE NORM 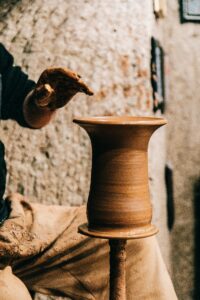 The world would still have been stunted in development and growth, but for people who challenged themselves to step out from the normal to the unknown, who had the courage to leave their comfort zone.

Think of Christopher Columbus, the great explorer who stepped out on a sail to the great sea and in the process stumbled upon America. Henry Ford was willing to step out from the known, the Buggy and the Horse as a means of transportation to build his Model T cars. Thomas Edison did the same with the light bulb and electricity. We should be grateful to these folks if not for their sacrifice and inputs I wonder what the world would have been like.

Read Also: Why I feel stupid: 5 lessons I learned from being Stupid

In modern times Elon Musk with his outside the box thinking has disrupted the car manufacturing industry, with his Tesla electric cars, alternative energy, and space travel. He’s poised to establish man on Mars as a second planetary home.

Many people in their individual lives are also doing great things and living their best lives. Example of one of such individual is Chris Gilleabeau. He rejected the idea of working the 9-5 job and working for 35 years before retiring. Chris travelled to  all 193 United Nations recognized countries of the world working from his laptop and earning money (this is possible in the gig economy) as he enjoys himself in sandy beaches and beautiful scenic locations all over the world. He achieved this feat all before turning 35 years of age. I can go on and on telling stories of people who dare to be different and in doing so, have contributed to the advancement in the world. Don’t you think you and I can do great things with our lives if we believe in ourselves and acutely aware of the abilities we possess and with the right information at our disposal?

This is like saying you have to know your limiting beliefs and smashing them so that you can move forward in your life. Whether you will enjoy a fruitful life while you are here or just put in the time until your life comes to an end in this incarnation really depends on you. The bulk rest on your table. That’s why I said earlier that you should take your life as a personal project to make it worthwhile. You can enjoy the thrills and adventure of life by being different and walking the unbeaten path into new discoveries by rising above the fear of failure. If you do this all your dreams can become reality.

Please, I like to hear your thoughts on this dare to be different post in the comments below. They help us grow and improve.

Again, I will appreciate if you can help share this post on social media using the social buttons below. I spend a minimum of 16 hours to write this article. It will cost you less 30 secs to share this. Thanks